A.T.O.M. Science Club is now in its fourth year of working with NASA to directly involve K-12 students in the excitement, inspiration, and adventure of NASA’s current and future missions to Mars. 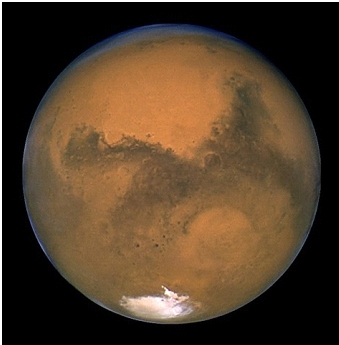 The exploration of Mars provides students with an exceptional opportunity for a multidisciplinary learning experience, involving space science, astronautics, physics, chemistry, biology, atmospheric science, engineering, and more. Participating students will learn to use real NASA data visualization and analysis tools, and have in-person interactions with NASA scientists and engineers. They will also learn about and replicate real-life decision-making processes used by our nation’s space agency.

The culminating highlight for students was the opportunity for them to present the results of their studies at NASA’s Ames Research Center. We worked to have the student presentations streamed to NASA HQ and beyond. There are three main components to this year’s program.

Students learned the criteria used by NASA for selecting candidate human landing sites on Mars. They conducted their own research to come up with their own proposed landing sites. They were aided in their project by learning to use NASA’s Mars Trek portal for planetary mapping and modeling, an online toolset used by NASA mission planners and planetary scientists. Participants presented and discussed their results in a student version of NASA’s Mars Human Landing Site Selection Workshop.

The first humans to live and work on Mars will face a challenging environment. Special design considerations will be required to keep our astronauts safe and healthy. Students  learned about the environmental challenges that must be accounted for in Mars habitat design, studied NASA’s Mars Habitat Design Challenge and its outcomes, and came up with their own designs for a Mars habitat.

Space suits allow astronauts to live and work in conditions that might be dangerous or incompatible with human life. But as astronauts work in different environments, the space suits they wear must be designed for the requirements of each of those environments. A space suit worn inside a spacecraft for re-entry is very different from a space suit designed for a space walk outside the International Space Station, or a space suit worn to walk across the rugged terrain of the Moon. Mars presented its own challenging environment that will require special considerations in the space suits worn there. Students studied the environment of Mars, learn about designs of different space suits, and come up with their own design for a Mars Space Suit. 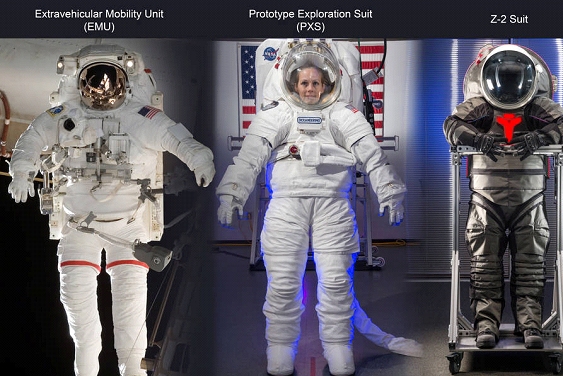